To jump-start mobile Business, Yahoo is buying Flurry, the mobile app analytics and advertising startup. Financial terms of the deal weren’t disclosed but it is believed the price could be anywhere between US $200 and US $300M.

It’s an area that has seen some consolidation. For instance, Onavo was acquired by Facebook. Distimo was acquired by AppAnnie. And Twitter has also made a number of acquisitions to boost its mobile analytics capabilities.

What Flurry could give to Yahoo precisely is not just a boost in mobile advertising revenues, but, a more central role in how others are monetizing and using mobile, while it builds out its own apps and app inventory, and advertising to run across them.

Video demand-side platform TubeMogul priced the shares for its public offering on Thursday at US $7 per share and finished on Friday at US $11.50,up 64% on its first day of trade.  Monday Morning (July 21) the stock was trading in the US US$ 10.6- US$ 11.7 range. Thanks to prior investors, who bought US $25 million of the shares offered in the deal (US $5 million of insider buying from Trinity Ventures, adding to the US$20 million indicated by Foundation Capital) , and the basement price of the shares TubeMogul found itself raising around US $43.8 million when then company had expected to raise US $93 million. Tube Mogul has software that allows agencies and advertisers to run commercials on online video portals such as YouTube and Vimeo.

What: Yahoo is buying mobile app analytics and advertising startup Flurry to jump-start its’ mobile Business. Financial terms of the deal weren’t disclosed but it is believed the price could be anywhere between US $200 and US $300M.Why it matters: While the market for mobile ads is set to grow nearly 85% this year, Flurry could not only boost Yahoo’s  mobile advertising revenues, but give this company a more central role in how to use and monetize mobile, while it builds out its own apps and app inventory, and advertising to run across them. 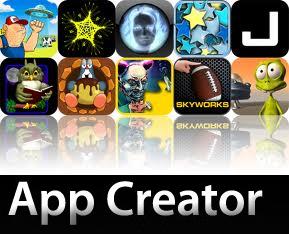 Georg Petschnigg, co-founder and CEO of FiftyThree Inc. and co-creator of the sketching application “Paper,” said in a blog post that his company’s program — launched in 2012 and named IPad App of the Year — had priority to use the name.

Their app builder software can provide perfect apps for businesses of all sorts or whichever industry they belong to. Apart from an easy and swift process to create apps, it also allows businesses to manage their native apps for varied brands of smart phones and the operating systems. The apps can provide a range of functionalities from sending messages, coupons and special offers to let the customers enjoy the benefits of the offerings.

They not only help the customers to just create apps or update the information, they also assist them to improve the app with customized features specifically designed for their kind of business. If one is looking to make the most of this mobile marketing technique through apps, then Android App Creator from Appsentra can let the business reach every android smart phone in the locality.

Apps are the most recent marketing tools for businesses which are cost-friendly and are cosmopolitan in reach. Appsentra provides the easiest and completely uncomplicated way to create beautiful and high on feature mobile apps which can be updated in real time with no delays. Their Mobile App Maker Software offers the highest security standards and makes sure that clients enjoy a great mobile commerce experience and can get the latest offerings in quick time.

FiftyThree wants Facebook to come up with a new name for its standalone iPhone app, although that might be difficult given the exposure and promotion that’s already been created for its release in the App Store later day.

“We think Facebook can apply the same degree of thought they put into the app into building a brand name of their own. An app about stories shouldn’t start with someone else’s story. Facebook should stop using our brand name.”