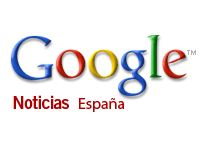 More than 1,000 distinct “minimization” terms appear in the files, attempting to mask the identities of “possible,” “potential” and “probable” U.S. persons, along with the names of U.S. beverage companies, universities, fast-food chains and Web-mail hosts.

When NSA and allied analysts really want to target an account, their concern for U.S. privacy diminishes. The rationales they use to judge foreignness sometimes stretch legal rules or well-known technical facts to the breaking point.

Apart from the fact that tens of millions of Americans live and travel overseas, additional millions use simple tools called proxies to redirect their data traffic around the world, for business or pleasure. World Cup fans this month have been using a browser extension called Hola to watch live-streamed games that are unavailable from their own countries. The same trick is routinely used by Americans who want to watch BBC video. The NSA also relies routinely on locations embedded in Yahoo tracking cookies, which are widely regarded by online advertisers as unreliable.

The Obama administration declines to discuss the scale of incidental collection. The NSA, backed by Director of National Intelligence James R. Clapper Jr., has asserted that it is unable to make any estimate, even in classified form, of the number of Americans swept in. It is not obvious why the NSA could not offer at least a partial count, given that its analysts routinely pick out “U.S. persons” and mask their identities, in most cases, before distributing intelligence reports.

In many other cases, analysts seek and obtain approval to treat an account as “foreign” if someone connects to it from a computer address that seems to be overseas. “The best foreignness explanations have the selector being accessed via a foreign IP address,” an NSA supervisor instructs an allied analyst in Australia.

In order to allow time for analysis and outside reporting, neither Snowden nor The Post has disclosed until now that he obtained and shared the content of intercepted communications. The cache Snowden provided came from domestic NSA operations under the broad authority granted by Congress in 2008 with amendments to the Foreign Intelligence Surveillance Act. FISA content is generally stored in closely controlled data repositories, and for more than a year, senior government officials have depicted it as beyond Snowden’s reach.